Print| Email a Friend| Back

Over the last few years the fitness, rehab and manual medicine industries have become inundated by the concept of core training. Pilates instructors, Cross-Fit trainers, Physiotherapists, Chiropractors and personal trainers are all “selling” their idea of core training. Our understanding of exactly what core strength is and how we are to train it has changed dramatically. The core-stabilization theory has been so extremely misused and misunderstood for the last two decades that many people are beginning to question its validity. Some recent research has cast a shadow of doubt on the efficacy of core exercise for improving clinical outcomes. Why is the core concept failing? 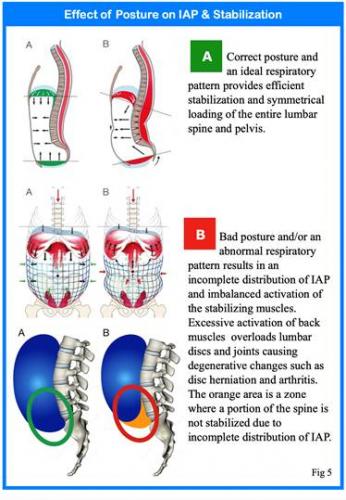 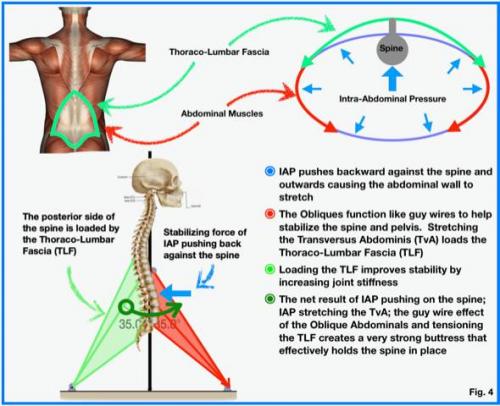 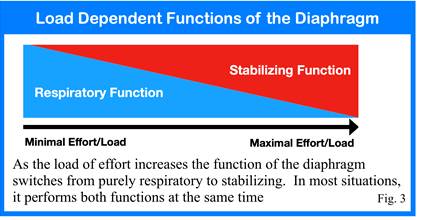 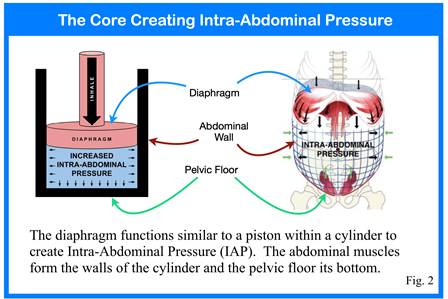 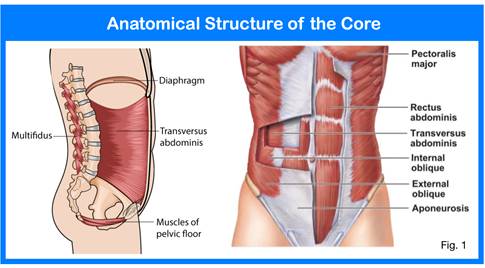 One problem plaguing the core concept of spinal stability is that we do not have a universally accepted definition of what makes up the core.  Every “guru” and self-proclaimed expert has developed their own list of structures.   Another problem with the core concept is a lack of consensus about how to best activate the core.  No longer can we train patients and athletes as if working the gluteals, abs and the back muscles will sufficiently improve stabilization and function.

Anatomy and Function of the Core

The Oxford dictionary defines core as: “the part of something that is central to its existence or character”.  What is “central” to the character of stability?  If we were to focus on the physical structure of the core, the diaphragm, pelvic floor muscles, lumbar multifidus, the internal and external oblique abdominals and the transversus abdominis.

(TvA) would be listed.  Everything else is outside the core.  Muscles such as the lumbar erectors (the long strap muscles of the back), the gluteals and the rectus abdominis or “6-pack” are not part of the core.  Therefore, any core exercise that isolates these muscles will not necessarily improve core stability.  Planks, crunches, burpees, sit-ups, squats, clamshells and back extensions, although very common to most core programs, will not enhance core stability.

Having a structural knowledge of the core is helpful.  Unfortunately, not understanding how the core generates stability or how to best activate the core makes that knowledge purely academic. Research has taught us that core stability results from intra-abdominal pressure (IAP).  Recognizing that core stability is the product of IAP, a core program must then be focussed on generating and regulating intra-abdominal pressure.  The question then should be “how does the structure of the core function to create IAP?”  If an engine cylinder were used as an analogy, the diaphragm functions much like a piston and the abdominal wall and pelvic floor form the cylinder.  As the diaphragm descends within the thorax, pressure above it decreases to draw air into the lungs.

As the diaphragm descends within the thorax it also causes intra-abdominal pressure (IAP) to increase.  The increased IAP pushes outward in all directions and has to be met and controlled by the pelvic floor and abdominal wall.  Ground-breaking research by Prof. Pavel Kolar of the Prague School of Rehab used MRI to prove that, under normal conditions, the diaphragm will descend prior to functional movement exactly like it does during inhalation.  This information is vitally important because it proves that the diaphragm has both a respiratory function and a stabilizing function.  Furthermore, the diaphragm has to perform both functions at the same time.  The bias towards one function or the other depends upon the amount of exertion imposed.  As depicted in fig. 3, as the load or effort increases, the need for stability increases and the function of the diaphragm shifts to meet this need.  At rest there is minimal requirement for stability so the diaphragm can function purely in its respiratory function.  However, the diaphragm would function solely as a stabilizer if someone where to lift a substantial load.  Here, the diaphragm has reached its maximal descended position and there is no capacity to descend further for breathing.  Any attempt to breathe at the this level would come at the expense of stability.

The fundamental function of the core is to generate intra-abdominal pressure.  This is accomplished by the diaphragm contracting concentrically to create an abdominal cylinder.  The abdominal wall and pelvic floor stretch to a certain point in an eccentric contraction and then hold with an isometric contraction.  The end result, as depicted in fig. 2, is increased IAP.  How then does intra-abdominal pressure produce spinal and pelvic stability?

The key to connecting the abdominal mechanism and IAP to back and pelvic stability  involves a very dense layer of connective tissue called the “Thoraco-Lumbar Fascia” or TLF.  The TLF serves as a junction point where the upper torso and arms meet the lower limbs and pelvis.  There are a tremendous number of muscles that attach to the TLF including the gluteus maximus, latissimus dorsi, quadratus lumborum, spinal erectors and the serratus posterior inferior to name a few.  With respect to core function, the transversus abdominis and the internal and external obliques all attach directly to the thoraco-lumbar fascia.   Intra-abdominal pressure causes two things to happen.  First, IAP exerts an outward force that causes the abdominal wall to expand in all directions as indicated by the small blue arrows in fig. 5.  The larger blue arrow depicts the force of IAP that acts directly on the lumbar spine pushing it backward.  In turn, tension on the thoraco-lumbar fascia coming from the stretched abdominal muscles counters the backward force on the spine by pulling it forward.  The net result of these forces pushing backward and pulling forward is a buttress that improves spinal and pelvic joint stiffness preventing deformation under load or during movement.

What effect does posture have on core control and spinal stability? The human body was designed to function within a narrow range of parameters.  Healthcare providers routinely test for body temperature, pH, and blood pressure.  Even small deviations from a normal range can have serious impact on the health of the individual.  The same is true for one’s posture and breathing pattern.  Maintaining a neutral, upright posture is necessary for the diaphragm and the intra-abdominal mechanism to function correctly.  The diaphragm must be positioned directly over the pelvic floor and the two must be parallel to each other for the core to function efficiently.  Various postural distortions cause the diaphragm and pelvic floor to misalign.  When this occurs, the distribution of IAP is affected.  Excessive recruitment of the lumbar paraspinal muscles will pull the lower back into excessive compressive loading of the lumbar spine which leads to the degenerative changes that are very common to society such as disc herniation and arthritis.

Maintaining a neutral, upright posture is necessary for the diaphragm and the intra-abdominal mechanism to function correctly. The diaphragm must be positioned directly over the pelvic floor and the two must be parallel to each other for the core to function efficiently.